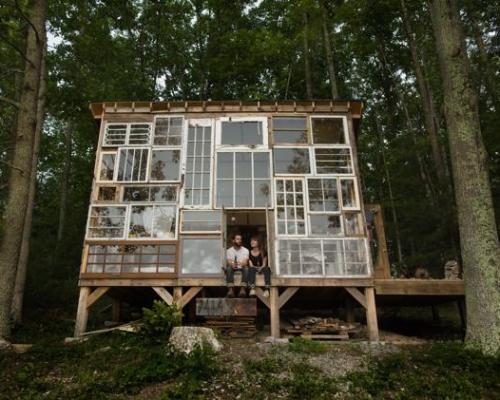 Plenty of natural sunlight isn’t an unusual quality of a dream home. But what about a home built completely of glass so the light would never be hidden? For a pair of young artists, a beautiful sunset and a thoughtful conversation led to the construction of a breathtaking retreat in mountainous West Virginia.

Photographer Nick Olson, 27, who works with old-fashioned labor-intensive photographic processes, and designer Lilah Horwitz, 23, who makes “site-specific clothing,” met at an artist’s residency inPennsylvania. Early on in their relationship,Olson invited Horwitz to join him on a trip to his family’s property in southern West Virginia. One evening, the two went on a walk in the woods that resulted in an artistic vision.

As the sun sank behind a hill, the couple began talking about how amazing the light appeared at that moment. What if, they pondered, there could be a living space where light changed based on the time of day?

“Light is so different in the morning, at noon and at dusk. We wanted to somehow build a house so that change happened in our living space,” Olson said. “It’s about being closer to living with the elements.”

Both Olson and Horwitz had summer plans to work at their current jobs, but agreed they had suddenly discovered a project worth pursuing.

In what Olson calls a “spur-of-the-moment decision,” the new couple quit their jobs, rented a U-Haul and began driving state to state to find the right windows for their retreat.

The couple’s unique cabin was featured in “Half Cut Tea,” a Web video series that explores artists and their works. (Their episode is at the bottom of this blog post.) Olson is friends with one of the series creators, Jordan Wayne Long, a performance artist originally from Bald Knob, Arkansas, who interviewed the couple and showcased their cabin.

Most of the windows the couple collected were found or scavenged, Olson said. Some were purchased, but not many. The first the couple found was in a big stack of old windows at an abandoned barn in Pennsylvania. Horwitz describes finding that window as “serendipitous.”

When they had collected enough glass, the two began constructing the cabin on the family land near New River Gorge National River park. The closest town to the property is Hinton,West Virginia, Olson said.

The building process was sometimes frustrating, Horwitz said. The two built the entire structure themselves – their only audience was the occasional curious deer, rabbit or fox. The home’s front window wall is about 16 feet high, but the base of the structure is another 4 feet off the ground, Horwitz said.

“It was just the two of us trying to put up these gigantic posts. It was scary and hard,” she said. “Looking at it now, it’s just totally insane. It’s huge. I realize now that’s what makes it so amazing.”

Olson credits an artistic vision and frugality with their success. While living on a diet of rice and beans, the two used nails, wood and anything salvageable from an old barn on the property to piece their structure together. They estimate they spent $500 in total on the project.

“Even the roofing we took from the abandoned barn,” Olson said. “We were able to make it a reality because we are first artists and creators. We had to be resourceful to do it cheaply.”

After months of work, the home was completed in December. On what was once a pile of old windows and a patch of wooded land stood a beautiful glass-faced building. Though there is no plumbing or electricity, the two artists said they enjoy the space as an escape.

Horwitz described her favorite time of day inside the home as the “nighttime sun” – just as dusk falls.

“That’s when everything inside is on fire,” she said.

Olson said he’s awestruck after the sun goes down.

“The house is an experience at night,” Olson said. “The fireflies start at the ground and merge to the stars up above. It’s really like you’re sleeping under the stars.”

Someday Olson and Horwitz hope to build onto the home and add an outdoor kitchen, solar power and a wood-burning stove, they said. But for now, the Milwaukee-based couple said, they’ll enjoy the home as a picturesque retreat. 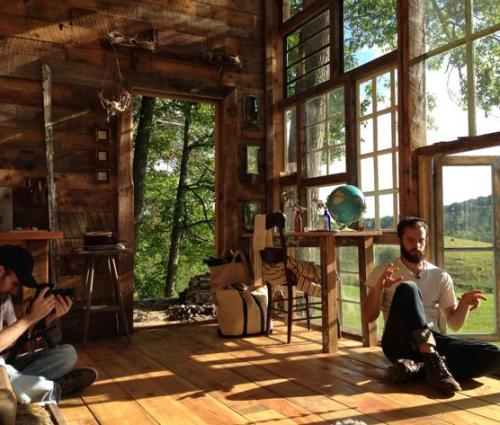 “Even the roofing we took from the abandoned barn,” Nick Olson said. “We were able to make it a reality because we are first artists and creators. We had to be resourceful to do it cheaply.” 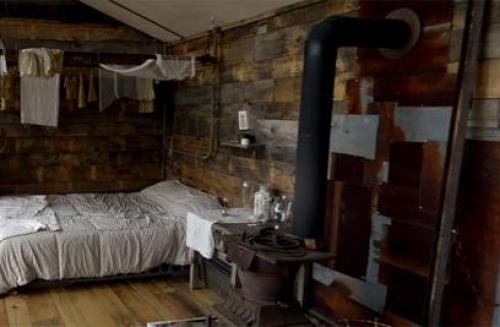 Though there is no plumbing or electricity, the two artists said they enjoy the space as an escape. 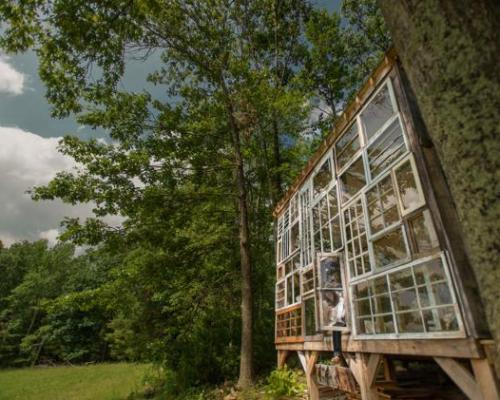 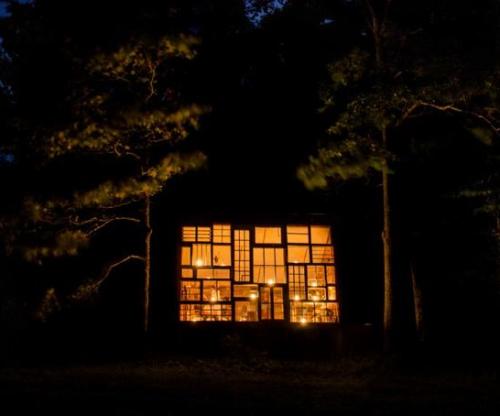 “The house is an experience at night,” Nick Olson said. “The fireflies start at the ground and merge to the stars up above.” 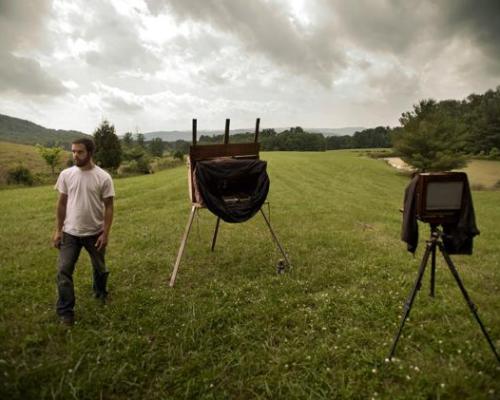 Nick Olson is a photographer who specializes in old-fashioned techniques like tintypes. (You can see his work at http://bit.ly/NickOlsonPhoto.) His camera is at right; the wood box closest to him is where he applies chemicals and develops the photos. 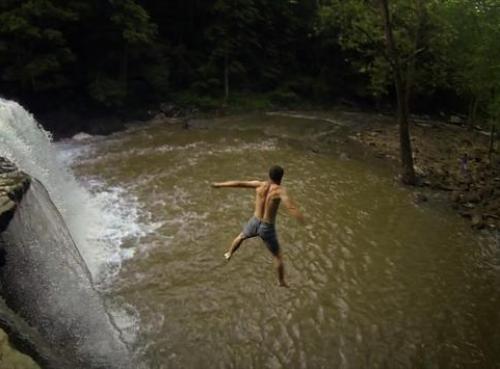 Nick Olson jumps into water not too far from the glass cabin. 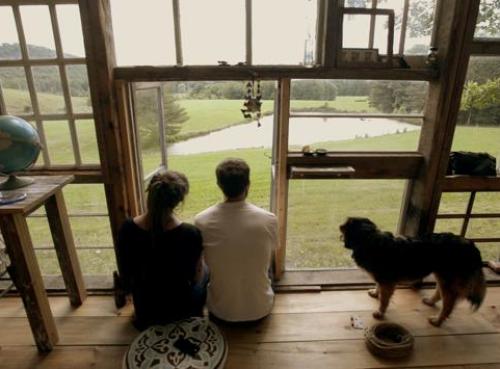 Building the home was “scary and hard,” Lilah Horwitz said. “Looking at it now, it’s just totally insane. It’s huge. I realize now that’s what makes it so amazing.”

Nick Olson and Lilah Horwitz quit their jobs to build a house that captured the sun.

Filed Under: Uncategorized
← REAL ESTATE WANT: LIGHT FROM THE SKY
Tips for Buying a Home in the Fall →