Bank of America hit with government lawsuits over mortgages 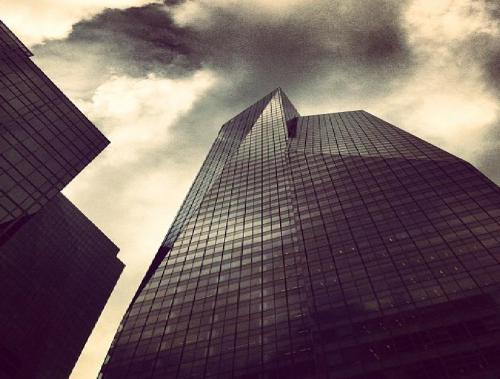 From cnnmoney - The Department of Justice announced a civil lawsuit on Tuesday alleging that Bank of America defrauded buyers of mortgage-backed securities by lying about the quality of the home loans involved. The Securities and Exchange Commission also announced a parallel case.

Mortgage-backed securities are bonds created by packaging together and selling groups of residential mortgage loans. These securities played a key role in the 2008 financial crisis, failing in huge numbers as the housing market collapsed.

“Bank of America’s reckless and fraudulent origination and securitization practices in the lead-up to the financial crisis caused significant losses to investors,” Anne Tompkins, the U.S. Attorney in the Western District of North Carolina, said in a statement. “Now, Bank of America will have to face the consequences of its actions”

The allegations center on a specific offering from 2008 in which investors including Wachovia Bank and the Federal Home Loan Bank of San Francisco purchased over $850 million worth of supposedly high-quality mortgage-backed securities from Bank of America.

The DOJ estimates that investors will ultimately lose more than $100 million on the offering. As of June, the Justice Department said, 23% of the mortgages involved had failed or were delinquent.

Bank spokesman Lawrence Grayson said Tuesday that the mortgages in question were “sold to sophisticated investors who had ample access to the underlying data,” and that Bank of America would fight the charges.

“The loans in this pool performed better than loans with similar characteristics originated and securitized at the same time by other financial institutions,” Grayson said.

“We are not responsible for the housing market collapse that caused mortgage loans to default at unprecedented rates, and these securities to lose value as a result.”

Bank of America revealed the possibility of charges in its quarterly report last week. The firm has been forced to pay billions of dollars in legal costs related to the housing bust and the financial crisis over the past few years.