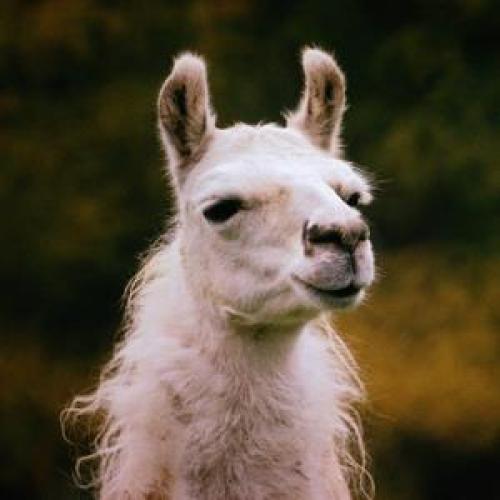 You want the house? You have to take Fiffi.

That is what the seller told my parents when they were negotiating to buy what became my childhood home, a 1920s-era stone Colonial in Philadelphia. Fiffi was a Norwegian elkhound with a weight problem and a certain sadness. The seller, recently divorced, was moving to an apartment building that didn’t allow dogs. My parents agreed, and Fiffi became part of our family until she died a decade later.

That was in 1972, but the practice of tying unusual demands to home sales is still around. In fact, it is more prevalent than ever, real-estate agents and attorneys say.

Inserted into sales contracts, these contingencies by both sellers and buyers are called irregular exclusions or inclusions. Whatever they are called, they are a source of headaches, particularly for real estate agents whose commissions are dependent on closing the deal.

Real estate veterans say the increase has been gradual but continual. Steven D. Sladkus, a real estate attorney in New York, estimates the general nitpickiness is up about 25 percent over five years ago.

“Sometimes I can’t help but laugh as an observer,” says Sladkus, who this year handled a case in which the buyer of an $8 million Manhattan condo refused to sign the contract unless one of the owner’s paintings — attractive but not notable — was included in the sale. The owners refused, even though they needed to move quickly, since they were being transferred overseas for work. The deal died.

Driving the most recent surge is a stronger housing market, which puts sellers in a better position to be extremely fussy. Since 2011, median home prices rose by 18 percent and existing-home sales increased in volume by 20 percent, according to the National Association of Realtors. Yet buyers are still in a strong-enough position to assert themselves, particularly since June’s interest-rate increases diminished the buying frenzy of last spring.

And in this era when a wider swath of homeowners customize their homes to a greater degree — hiring architects and designers, choosing their own finishes and materials and fixtures — more are likely to tie their identity to their homes. That, in turn, makes them more likely to be adamant about what stays and what goes, says Stephen Clowney, a professor at the University of Kentucky College of Law.

In Chicago, real estate attorney Samuel Tamkin remembers a $900,000 house that went up for sale two years ago. The listing boasted of beautiful gardens, but at the bottom of the listing page it also spelled out that all shrubs and plantings were excluded from the sale. After the house sold, the seller showed up in a U-Haul and carted away hundreds of plantings, he says.

Connie Hinsdale, the managing broker at NW Oregon Realty Group in Silverton, Ore., had a deal a few years ago where the sellers insisted the sale include their three llamas. Luckily they found a thrilled buyer, Hinsdale says.

Sometimes, the agent has to take unusual steps to seal the deal. Earlier this year Robyn Jackson, a real-estate agent in Palm Beach Gardens, Fla., found herself in the middle of a dispute over a “spitting turtle.” Her buyer noticed during a final walk-through of a $500,000 home that the stone turtle — which was hooked up to a hose and spit water into the swimming pool — was missing. The buyer refused to close until Jackson agreed to write an addendum to the contract that it would be replaced. The seller, however, refused to give the turtle back.

Jackson unearthed a similar turtle online and paid for it herself (cost: about $100). Although it was smaller than the original, the deal went through because the contractual requirement was met.

In May, Redfin real estate agent Trevor Smith represented clients who were embroiled in a bidding war over three-bedroom, 1½-bathroom home in Seattle. Smith found out what it would take to win: The owners were moving and wouldn’t be able to take their four beloved chickens, named after four presidential first ladies, with them. So Smith sealed the deal by submitting an offer for $531,000 — plus the adoption of Jackie O’, Martha, Lady Bird and Abigail.

There was one other problem: The buyers didn’t want the chickens. So Smith ended up taking the chickens himself — his wife had wanted some. Plus, he was still haunted by the memory of a $1 million ranch deal that nearly died because the buyers balked at a requirement to care for an existing barn cat. (They eventually relented.)

Under real estate law, a home sale includes fixtures that are permanently attached, such as the garage, ceiling fans and doors. Personal property, like beds and clothing, aren’t included. That leaves many things that are more open to interpretation.

Pool tables, swing sets and hot tubs, for example, frequently get caught up in battles, real estate agents say, particularly as they are expensive to remove. Often it is the real-estate agent who ends up having to hire a handyman to get it out of the yard, he says.

Harvey S. Jacobs, a real estate lawyer in Rockville, Md., says his most unusual discussion over real estate inclusions involved a home that a woman believed was haunted. She asked him if she could write into the contract that the buyers had to keep certain pieces of furniture in place because that was where the ghosts lived. Jacobs told her she could write that in, though he didn’t know how she would enforce it.

Earlier this year, Jeff Stockwell was ready to sell a 32-acre lot next to his weekend home in Roxbury, Conn., a deal that had been in the works for a few months, when he found out that the buyer wanted to ride ATVs with his sons on the property. When Stockwell insisted on a deed restriction of no ATV use on part of the property, the buyer withdrew his offer. The land is on the market again now for $825,000.

Stockwell has no regrets: “I’d probably be hearing a buzz right now,” he says.

In my family’s case, agreeing to take Fiffi was a big commitment. Neither of my parents had ever had a dog. Lucky for them, Fiffi had her act together. On her first night she had to bark and bark until anyone realized she needed to go outside. “Fiffi trained us,” my mom says.

- From the Wall Street Journal