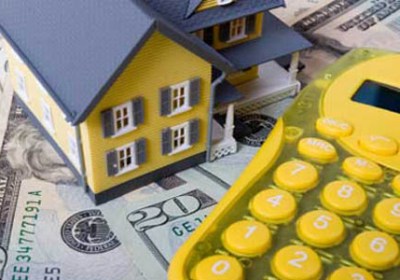 Mortgage rates are sliding as October gets rolling, but will rates – and the entire mortgage market – be sidelined by the U.S. federal government shutdown?

Under normal conditions, home buyers would be leaping off the fence to grab lower mortgage rates, but with the shutdown, there’s enough uncertainty in the air to keep mortgage consumers on the sideline until Uncle Sam is open for business again.

Some of that uncertainty over the mortgage market and the government stoppage is linked to facts on the ground, and some is closer to fiction.

“Watching the markets, mortgage rates did waver a little but we didn’t see massive movement some expected,” says David Hall, President of Shore Mortgage, a Troy, Mich.-based mortgage services provider. “This shutdown does come at an especially bad time as new home sales and home construction are building back up. More uncertainty is not what we need.”

With that uncertainty as a backdrop, let’s clear the air and point to five ways the shutdown really does impact the mortgage market:

1) Lower rates may be due to the shutdown – By and large, mortgage rates move with the direction of the economy. If banks and mortgage lenders think the economy is slowing – as it likely will under a prolonged shutdown – they will lower rates to attract more business.

In fact, rates remain fairly unscathed at this point, although there is an upward bias,” says Bob Van Gilder, a mortgage broker at Finance One Mortgage. “There may be some bumps in the road as the I.R.S. and the Social Security Administration have limited services, which will affect the mortgage process. But if you are being offered a rate that is attractive to you take it. You can’t lose by being able to sleep at night.”

2) FHA loans will be affected – If you’re a consumer waiting on a Federal Housing Administration (FHA) loan, you could be out of luck for now. In fact, approved mortgages will certainly be slowed while the FHA is shut down, even as it provides other services to the public.

The reason is this. With any FHA loan, mortgage services firms have to order a FHA case number, prior to an appraisal on the home. With the FHA’s lights out, those case numbers can’t be processed. Expect that process to take longer with fewer hands on deck.

3) I.R.S. documents out of reach – Another consequence of the U.S. government shutdown is the inability of mortgage firms to verify a borrower’s income via his or her U.S. tax returns. By law, any mortgage loan approval is subject to the review by the mortgage lender of at borrower’s federal tax returns, and must be verified by the I.R.S. through a 4506 Transcript. With I.R.S. staffers at home, that process is stalled as tax agency workers would be unable to verify tax return documents.

Some industry experts say the damage here may be minimal, depending on the size of the lender.

“One of the biggest impacts to the mortgage market is that the ability to obtain a 4506 and Social Security Number Verification has been halted,” says Jason Auerbach, an LPO manager at New York city-based First Choice Bank/Lending. “The 4506 IRS Transcript is verification from the IRS that the income documentation, specifically tax returns, provided by a client match with what they filed.” Auerbach adds that the 4506 mandate does not impact lenders who are selling loans directly to Fannie Mae so many of the large lenders will see little disruption. However, smaller lenders who sell adjustable rate mortgages to investors may have to halt that lending,” he says.

4) Fannie and Freddie Open, but caveats apply -  It’s business as usual for Fannie Mae and Freddie Mac, and for its regulatory arm, the Federal Housing Finance Agency, according to the government shutdown updates section of realtor.org, the National Association of Realtors web site.

Both Fannie and Freddie “have announced relaxed procedures that will permit closings to go forward without federal verification of Social Security numbers and IRS tax transcripts,” according to realtor.org. There is a caveat – mortgage lenders still need federal verification of both a borrower’s Social Security number and his or her IRS transcripts before getting any green light on a mortgage from Fannie or Freddie. In addition, the on-the-fly allowances by both agencies don’t apply to loan medication mortgage refinancing deals.

The Social Security Administration is sidelined due to the shutdown, and any verification of Social Security numbers for mortgage applicants through the agency’s SSA Contingency Plan are also on hold.

5) A weaker U.S. housing market – The U.S. Housing and Urban Development, which runs the Federal Housing Authority, only has 337 out of 8,709 managers and staffers on the job this week. The longer that HUD is blacked out, the more potential problems for the U.S. housing market.

“If the shutdown lasts and our commitment authority runs out, we do expect that potential homeowners will be impacted, as well as home sellers and the entire housing market. We could also see a decline in home sales during an extended shutdown period, reversing the trend toward a strengthening market that we’ve been experiencing,” HUD said in a recent report, entitled HUD 2013 Contingency Plan for Possible Lapse in Appropriations released last week (find it at http://portal.hud.gov:80/hudportal/HUD , under “Featured News.”

That contingency plan also notes the FHA will approve new loans linked to its Single Family Mortgage Loan Program, but adds it will not commit to any loans related to the Multi-Family Program while the government is shuttered.

HUD does report that essential services, like HUD homeless assistance grants, housing services for veterans and housing for disabled people and AIDs patients will continue running. It will also continue paying claims and collecting premiums, the agency says. As with other government agencies, delays are to be expected on the services the agency can provide. For more details, especially on what the FHA is and is not doing, visit the agency’s updated question-and-answer page.

The mortgage market should largely remain up and running during the government shutdown, and home buyers may even get a bonus, if mortgage rates keep falling while government agencies are shuttered.

By no means it is a perfect scenario, but for home buyer, sellers, and real estate professionals, it’s certainly a survivable one.

Filed Under: Uncategorized
← 5 Perfect Rooms to Curl Up in this Fall
Is LED Lighting Really Worth It? →