How To Get Your Home In The Movies (or TV)

“Claire Danes was in my house!”

Charlotte, NC homeowner Laura Walker doesn’t know the Emmy-winning actress personally, but this past summer, Danes — or rather her “Homeland” character, CIA officer Carrie Mathison — was indeed in Walker’s house.

The hit Showtime series is largely set in and around Washington, DC, but in reality, the majority of the show is filmed in Walker’s Charlotte neighborhood.

So when production crews needed an apartment for a scene in the 2013 season, they didn’t go far, knocking on Walker’s door to see if she would be interested in offering a room in her house for a set. 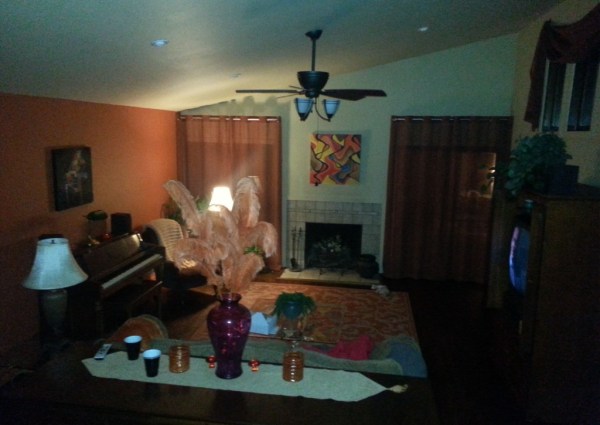 “They took almost everything out of my living room — it’s a pretty good-sized room — and they turned [it] into a bedroom. It was a complete transformation,” she said.

Walker says it was also an eye-opener on the film process.

“First the scouts came, then the technical team came and then the director came to scope things out,” she explained. “Then they made the decision and came by with the contract. It took one day to set up, and another day, the strike day, which is when they take everything down and put my stuff back. In-between is the shoot day.”

Walker spent one night in a hotel — paid for by the production team — during the shoot day, as filming went until 10 or 11 p.m. She wasn’t allowed in the room during the actual filming.

But overall, she counts it a good experience.

“They scratched a few walls and moved furniture, but they came back and repaired everything. They were great. They moved an antique chandelier, and they were extremely careful,” she said. “I would do it again in a heartbeat.”

How homes are chosen for movies

While convenience was the biggest factor in choosing Walker’s home for “Homeland,” where a crew ends up filming really depends on the project.

“Each [project] is really specific; every assignment requires something different,” explained Jim Baldwin, a location scout and manager of Baldwin Production Services. “Sometimes a set can offer that, sometimes a location can.”

As a scout, Baldwin serves as a resource for finding the perfect location and even brokers agreements between owners and production crews. He’s been in the industry for more than 25 years, working often with commercial and advertising photography shoots.

“In some cases I’m making a handshake, and in other cases I’m there from introductory through production all the way through the wrap,” he said.

Not all productions rely on a production scout. Baldwin is in Northern California, and a lot of filming takes place in the Golden State. In other states, film commissions handle much of the coordination for a shoot.

“We’re a liaison between the private and public interests of the film industry and North Carolina’s interests,” explained Aaron Syrett, director of the North Carolina Film Office. 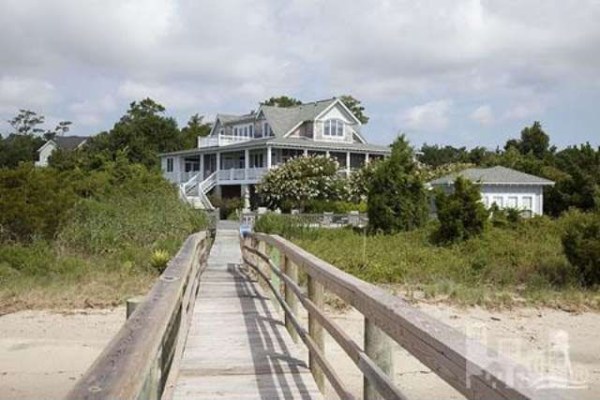 This North Carolina home is used for ABC’s “Revenge”

“Productions are moving toward states with film production tax rebates,” Baldwin said. “Producers are constantly on the lookout for the next deal because 1 percentage point can mean hundreds of thousands or millions of dollars.”

He explains that although there is a magic to filmmaking, it’s like any business: The bottom line matters, a lot.

“What it comes down to, ultimately, is money,” Baldwin said. “Where can the producer tell that story for the least amount of money? Despite the romanticism, it’s a financially driven industry, just with a lot of passion behind it.”

How to get your home in the movies

So how do you get a production like “Homeland” in your own home?

“People ask me all the time, ‘What can I do to make my house more attractive to the people who bring these projects?’” Baldwin said.

He emphasizes first and foremost, education.

“People have all sorts of expectations, and some are realistic and some don’t jibe with the reality of the business,” he explained. ”They need to educate themselves on the kind of project they’re dreaming of and think about how much they’re willing to relinquish control of their property.”

Like in the case of Walker’s home, a space will likely be completely transformed. Furniture will be moved, and spaces will be taken over. Sometimes paint or landscaping will be added. Homeowners may not be allowed to stay in the home during filming, which can span from one day to a week or longer.

“What we need is physical space, with tolerant owners who are willing to allow us to do our creative work and get from the property what we need to get out of it,” Baldwin emphasized.

“Homeowners, we hope don’t go into it blindly, because it is disruptive,” he said. “Good producers and good location managers will explain in detail what the homeowners will be going through.”

For homeowners willing to deal with some disruption, there is also a small financial incentive.

“It was a little bit inconvenient, but they pay for that,” Walker said. “You don’t get rich doing this, but it [the compensation] is definitely OK.”

So if you think you can handle the inconvenience of production, how do you get your home in front of a location scout or producer’s eyes?

Start with your local film commission’s office. Many states, like North Carolina, include a database to upload photos of a property.

“We encourage homeowners to do that, and we give instructions on how it [the home] should be shot so they can show visually the property to the film [team],” Syrett said. “If they do it, and we like the location but we don’t like the photos, we’ll reshoot the property for them.”

Other things that help:

But even then, a producer may just knock on your door, asking if Claire Danes can film in your house.

Filed Under: Uncategorized
← Home Improvement Costs in the US – Infographic
5 Ways to Warm Up an Older House →