Home sales on rise, but prices falling across South Jersey 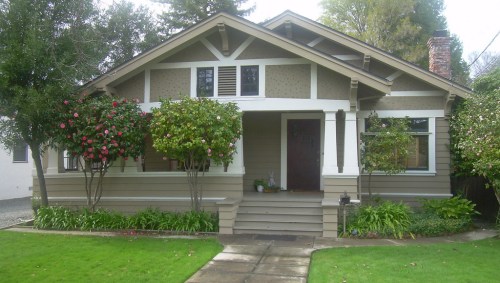 Michael Kadas needed nearly five years to get anything more than a nibble on his five-bedroom home in a Northfield cul-de-sac.

The past six months brought something new — offers to buy.

But with the new interest comes a caveat.

Those bids have been much lower than the $379,000 asking price for the property with a deck, fire pit, aluminum fence and bordering tree line.

“We’re finding we’ve been up against a lot of foreclosures,” said Kadas, a 54-year-old casino worker. “That’s been hurting us. We’re not upside down, but we’re trying to compete with all these bank-owned (properties).”

Across a diverse South Jersey real estate market, some noticeable trends emerged in 2013, according to an analysis by The Press of Atlantic City of data compiled by the New Jersey Association of Realtors:

- A similar scene played out in Cape May County, where sales volume dropped 8 percent in seashore towns but fell only 4 percent inland.

Meanwhile, median sales prices for single-family homes fell in Cape May, Cumberland and Ocean counties and were flat in Atlantic County. This counters the statewide trend, which saw the median home sell for $10,050 more than the year before.

A number of factors — increased sales of distressed properties, Hurricane Sandy-related issues, an improved national economy and a still floundering local one — played a role in real estate in 2013 and may shape the market this year.

Given the recent interest in his home, Kadas said he is optimistic that 2014 is the year it will sell, particularly as the spring buying season nears.

Last year was a mixed one for South Jersey real estate.

Taken as a whole, the region trailed New Jersey and the U.S. in terms of home-sales growth and prices.

Some markets in Atlantic, Cape May and Cumberland counties showed more sales or higher prices than others.

Northfield, for example, saw a big boost in sales volume but a $4,900 drop in median price for a single-family home.

The aftermath from Sandy and uncertainty over flood elevation requirements seemed to slow coastal markets early in the year, he said.

“The coastal towns were in momentum. They were through the roof in 2012, from leading up to the fourth quarter of 2011 through 2012. Sandy obviously had a huge impact on that momentum and literally brought it to a stop. Not because we had total loss and destruction, but it was mainly having the comfort level with buyers,” D’Alicandro said.

Ken Sedberry, president of the Ocean City Board of Realtors, said the island got back into shape quickly following Sandy, helping battle negative perceptions about damage to the shore.

“We weathered the storm in 2013. We got through the year. … It was a good year for us in a sense that we were coming out of such a bad, unusual storm that we had,” he said.

Sales were up 12 percent in Cumberland County overall, 10 percent in Vineland, 6 percent in Millville and 21 percent in Bridgeton, Realtor data show.

Nationally, nearly 5.1 million homes were sold in 2013, a 9 percent increase from 2012. That was the strongest increase since 2006, when sales reached 6.48 million near the end of the housing boom, the National Association of Realtors said.

In New Jersey, distressed properties sold through short sale, preforeclosure or foreclosure are affecting some of the market in terms of volume and prices.

In this area, more homes are going through this process, according to data from foreclosure tracking firm RealtyTrac.

At his business, D’Alicandro said, 30 percent of all transactions have been cash, reflecting investors purchasing properties.

“The reason we haven’t seen the increases in sales year over year as in other parts of the country was we didn’t have the inventory to match the demand,” D’Alicandro said.

D’Alicandro said about half the buyers are living in the homes while the other half are planning to remodel them and place them back on the market.

This counters the national trend — foreclosure filings dropped about 26 percent in the U.S. last year.

Daren Blomquist, vice president of California-based RealtyTrac, said the increase in New Jersey reflects a backlog of properties being cleared.

Unlike in some other states, in New Jersey foreclosures are a judicial process. The process took an average of 999 days in the state last year, the second-longest in the nation, next to New York, according to RealtyTrac.

Blomquist expects state foreclosure filings to remain elevated at least through the end of 2014.

These properties consistently sell at discounted prices below market value. They involve motivated sellers, and sometimes the properties require renovations, he said.

“So you’ll see that be a drag on surrounding home values and home prices at least in the short term as these properties make their way to market,” Blomquist said.

All these figures trail the national and state averages.

In some respects, South Jersey real estate has to deal with a regional economy still struggling to add jobs lost during the recession and its aftermath.

In other ways, regional real estate is somewhat insulated from the local economy, boosted by wealthy second-home and vacation-property owners who have seen significant gains to their portfolios after a stellar stock market in 2013, said Richard Perniciaro, director of Atlantic Cape Community College’s Center for Regional and Business Research.

This may be a positive indicator for the future of coastal sales.

“The prices are going up slowly. I think that’s a very good sign. I do think a lot of it is driven by second-home people — there’s just not a big push for primary residences going on,” he said. “The employment situation doesn’t create housing demand.”

Markets elsewhere in New Jersey and southeastern Pennsylvania are recovering faster. Those areas are home to aging populations that make up much of the Jersey Shore’s tourists, Perniciaro said.

He sees the demand for second homes remaining strong as more baby boomers retire and see improved portfolios and stronger prices for their primary residences.