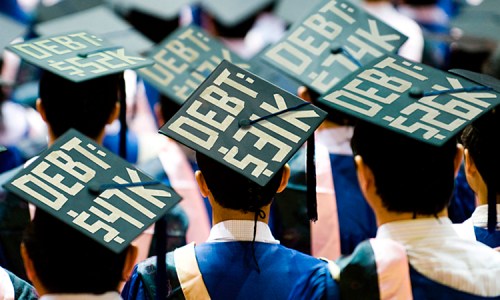 While in college, most students aren’t paying on their student loans. But once they’re out, those loan payments must begin and the housing situation they were in may no longer work for them.

So now they face a dilemma. Some may want to move out and no longer have roommates or they may want to live with a romantic interest. Renting is an option but some feel ready for a more significant commitment – they want a place of their own – they want it to be their own home.

Sometimes the amount of the monthly payment to repay the student loan can disqualify a buyer. The massive student loan debt is causing college graduates to remain renters because they can’t stash away enough cash for a downpayment.

These first-time buyers are vital to the housing industry. They accounted for nearly a third of the homes purchased in the past year. Housing prices and mortgage rates have crept up some, so it is practically impossible for these college grads to get into a home while prices and rates are still good. 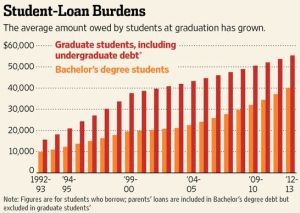 Part of the problem is that students aren’t educated about buying a home when they’re being offered student loans. They rack up a lot of debt to complete college but then get out of college and realize that debt is compromising other opportunities.

Some college grads are frustrated that they didn’t receive more education about things such as learning about the qualifications needed to buy a home. While a college education is important and, in some cases, highly critical to a particular career, gaining an education about finances, investing, saving, balancing a checkbook, and buying a home, arguably can be equally vital not only to the individual but the core economics of society.

As we saw with the housing crisis, the less people know and understand about the housing market and the way mortgages work, the greater risk for them and the overall economy.

Filed Under: Uncategorized
← Your Home Isn’t Worth What You Paid For It, Or What You Owe On It
5 Ways to Pick the Perfect Time to Sell →