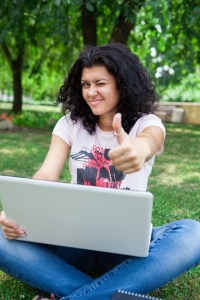 The economic recovery has brought with it significant improvements in the national housing market. And now many consumers are in a better position to buy  home after dealing with many financial problems just a few years ago.

But with that change comes shifting demographics of who homebuyers generally are, according to the inaugural Home Buyer and Seller Generational Trends report from the National Association of Realtors. Today, millennials and those in generation X make up the majority of homebuyers, comprising a combined 59 percent of all purchases between July 2011 and June 2012. Millennials in particular though made up 28 percent of all such purchases, and generally tended to be more optimistic than the average buyer about their changes to build wealth through rising home values (85 percent, compared with 80 percent overall). Their purchase rate was just behind that of gen-Xers, who led the way with 31 percent of homes bought.

“Homeownership is an investment in your future, and is how many younger American families begin to accumulate wealth,” said Paul Bishop, NAR vice president of research. “The oldest of the millennial generation are now entering the years in which people typically buy a first home, and despite the recent downturn, homeownership still matters to them. The sheer size of the millennial generation, the largest in history after baby boomers, is expected to give a powerful boost to long-run housing demand, though in the short-term mortgage accessibility and student debt repayment remain challenges.”

When it comes to which millennials are buying homes, the median person in this demographic was 28 years old, compared to 39 for generation X, with an annual income of $66,200, well below the $93,100 of the age group before them, the report said. Perhaps understandably, then, they tended to buy smaller homes (1,700 square feet versus 2,100), with substantially lower price tags. Millennials paid a median cost of $165,000 for their properties, while Gen Xers’ were valued at $235,000.

However, those who are looking to buy a home in the near future may want to do so quickly. The combination of rising prices and rapidly growing interest rates could combine to price some would-be buyers out of the market in the near future, thus time is of the essence for those looking to find a good deal.

Filed Under: Uncategorized
← What Will Waiting To Buy A Home Cost You?
Selling A House? 5 Reasons You Should Do It Now →