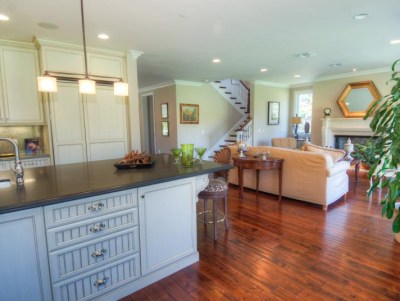 From cnbc - Sales of existing homes declined in May, according to a new report from the National Association of Realtors, not just because the overall housing market is struggling, but because there are simply not enough homes to buy.

There are currently 2.49 million for sale, a drop of 20 percent from a year ago. To make matters worse, supply is lowest on the low end, where so much of the investor activity has been over the past several years.

This lack of supply has seriously skewed the readings on home prices for the second straight month.

The median price of an existing home, as reported by the Realtors, rose 7.9 percent in May annually, but NAR chief economist Lawrence Yun was quick to point out that this does not mean the average home owner gained that much equity; it is simply a big shift in the type of home that is selling. Sales of homes priced under $100,000 dropped two percent from a year ago, while sales of homes priced between $250,000 and $500,000 shot up nearly 29 percent (though still at low volumes historically). Again, this is due to lack of supply on the low end, specifically distressed homes.

While there are still plenty of delinquent mortgages and homes in the foreclosure process, 5.57 million according to a new report from Lender Processing Services, the big bank servicers are still trying to go back and modify many of these loans. There is also still a huge backlog of foreclosures in judicial states like New Jersey, Florida and New York. Inventories of foreclosed properties in non-judicial states (where you don’t need a judge in the foreclosure process), like Arizona, have dropped to under a three-month supply.

Realtors say they did not see the usual spring bump in supply, as fewer regular homeowners put their homes on the market this year. The big question is, why not? Mortgage rates just hit yet another record low at 3.66 percent on the 30-year fixed, according to Freddie Mac. Home prices are stabilizing, if not gaining. Low supply should be a signal to homeowners that they could possibly get a bidding war. Still, nothing.

“They want to participate in the recovery by holding on to their property longer,” surmised Yun on why sellers are reluctant to list.

Fear is clearly a factor, as is negative equity. Between 11 and 12 million borrowers still owe more on their homes than they can sell them for, and many more borrowers in a near negative equity position; that means they can’t get enough equity out of their homes to cover the Realtor fees and the moving costs, nor to put down on a new home. That’s why the market is ripe for first time buyers, but they are not stepping up either, at just 34 percent of purchases. In a normal market, they would make up 45 percent. That, again, is part fear, but largely tight credit.

Mortgages may be cheap, but they are not easy.

The supply situation has gotten so bad in Northern Virginia that the Realtors there launched a new campaign this week titled, “Ask Me,” trying to get potential sellers to contact agents to find out, “Is it the right time for me to sell or buy a home?”

The Northern Virginia Association of Realtors, in the release, claims there is less than 2 months’ supply of available homes for sale in the market, a 37 percent drop from a year ago. Unemployment is trending down, and sellers have been able to get 97 percent of their list price, according to NVAR. The Realtors there are literally begging for more supply.

This supply situation proves just how tenuous and unique the current housing recovery is. It is heavily dependent on investor activity, not real, organic buying, selling and moving up. An investor purchase registers one sale, but a regular sale represents at least two, as the seller will likely buy another home, and so on and so on. Investors are certainly necessary to clear all the distress left over from the housing crash, but until we see not just more sales but more sellers out in the market, the housing recovery will remain in low gear.