Before and after: Superstorm Sandy homes rebuilt, one year later 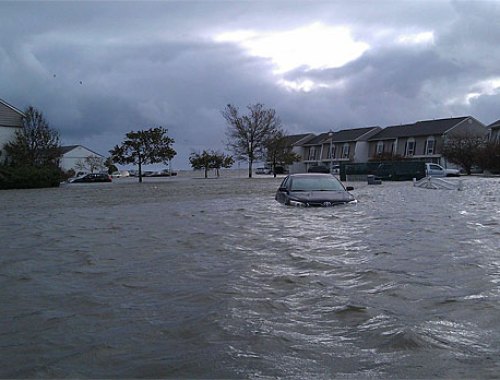 In late October 2012, Hurricane Sandy, then downgraded to a tropical storm, hit the East Coast, leaving death and destruction.

A year later, here’s how a few single-family and multifamily homes have been rebuilt. 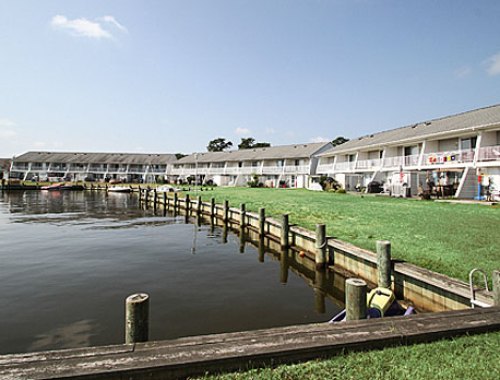 This complex in Toms River, NJ was built in 1975. Before Sandy hit, it was called Holiday on the Bay. The 226-townhome community was renamed Mariners Cove when it reopened following repairs. 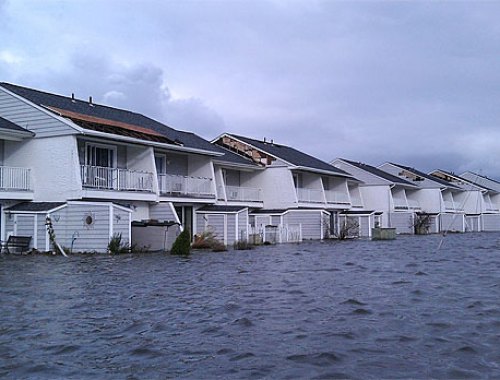 During Sandy, a surge of water that came in through the bay hit the complex and surrounding area.

Each of the two-bedroom, 1.5-bathroom townhomes is two stories, so the first floor of each suffered considerable damage. McAlonen says that residents were given back their security deposits within 72 hours so they could use that money to secure other housing in the area.

Peggy Hale, the vice president of marketing for Morgan Properties, says the complex stayed in touch with residents through email and social media, during evacuation efforts and while rebuilding was taking place. 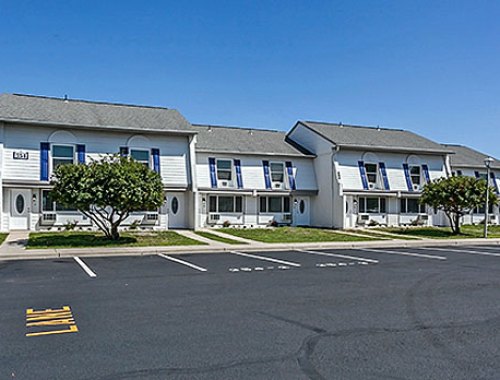 The structure of the complex was sound after the storm, but the first floor of each unit had to be gutted. Everything had to be replaced: drywall, appliances, baseboard heating and air conditioning. Mariners Cove townhomes now have upgraded kitchens with stainless-steel appliances and granite countertops.

“When you’re going to rebuild, why not add a beautiful kitchen package?” McAlonen says.

One resident had lived at the complex for 28 years and moved back in to a renovated unit this past Sept. 1, Hale says. Another who had been there for only two months before Sandy hit was intent on coming back and returned in mid-August.

Leasing is happening in phases, so more units will be available in October, then around Thanksgiving and another batch in spring.

“Believe it or not, there are some people who want their exact apartment home, but it may not be done until phase 2 or 3,” Hale says. “They’re willing to wait and won’t take anything but their exact home.” 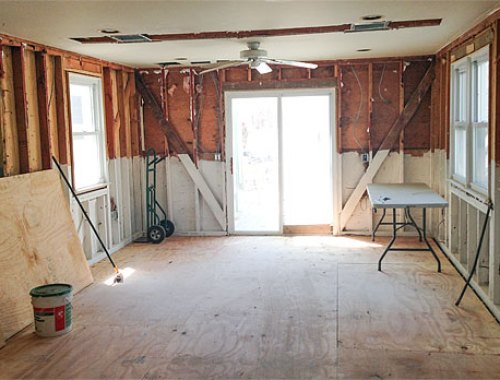 This home had 4 feet of water and mold damage, forcing residents to relocate until the home could be rebuilt. HUB Home Improvements rebuilt the home on Janet Lane in the Breezy Point area of Queens, New York City, and many others nearby.

HUB determined that extra floor joists were needed for proper support and to ensure that the structure met all New York building codes. The home received new wood subfloors and hardwood flooring. Closed-cell foam insulation was installed on the exterior walls. All new sheetrock was installed where needed. 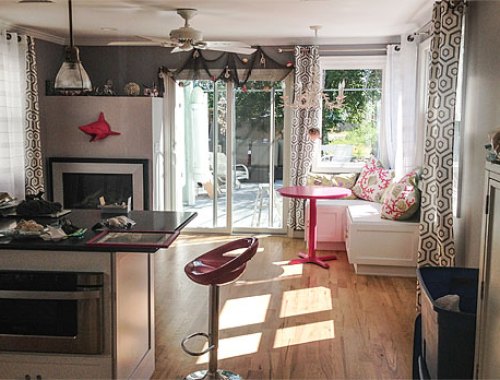 As part of the rebuilding efforts, the entire home was painted. HUB installed white shaker kitchen cabinets and fabricated custom woodwork to match them. This helped with storage and seating in the smaller beach home. The kitchen also got new stainless-steel appliances and a stone countertop. 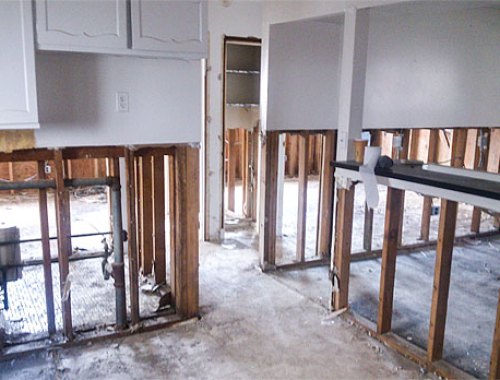 The Metropolitan Council on Jewish Poverty‘s Storm Repair Program rebuilt 21 single-family homes in some of the hardest-hit areas, , ncluding this house in the Rockaways in Queens.

“A year later, Met Council’s handymen are still out in the Rockaways and Staten Island continuing to rebuild homes that were destroyed,” says Rena Resnick, communication manager for external affairs for Met Council. 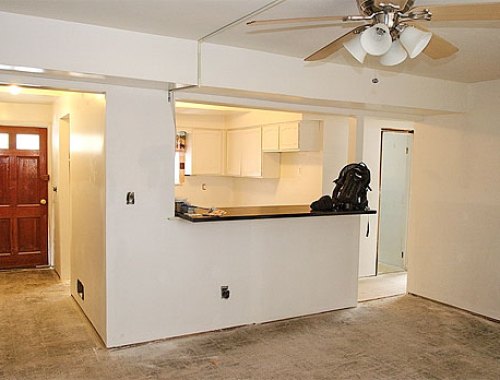 The Met Council rebuilt four rooms, one bathroom and two closets at the house, which is home to an immigrant family from Israel with four children under the age of 7. 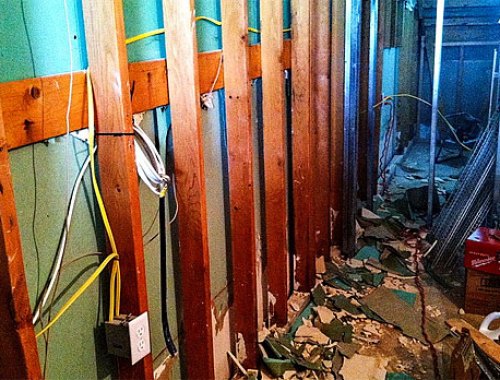 The basement of this home was damaged during Sandy. It is home to a family of five, spanning three generations. 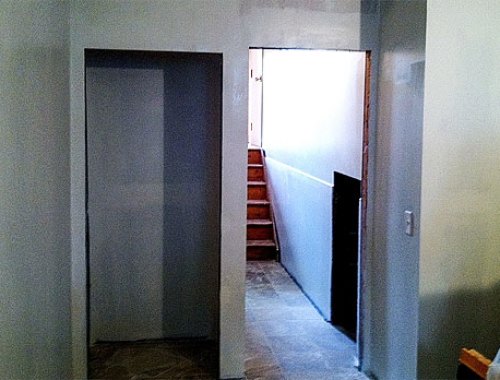 The Met Council rebuilt two rooms, the garage and a bathroom.

Resnick says that the Met Council helped about 2,000 new clients with disaster relief in the wake of Sandy.